Creating Music to Move and Inspire 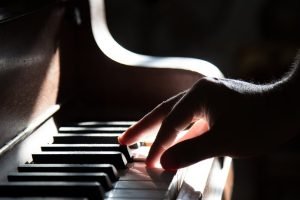 Growing up in a musician family put me on an early track to creating my music. I was about 13 when I discovered my dads 8track and first digital music sequencer, Cubase, on an Atari ST. I quickly fell in love with endless possibilities of music production and started investing any money I had into new gear for my basement home studio.

My early work tended towards downtempo, 90s hip hop, pop and scoring short films I made. I signed two small record deals — one with Deja-Tunes and another with Leifstyle Records. After moving to Berlin, I adopted some electronic influences but eventually returned to scoring films. Running my own production company, allowed me to score some of our productions and build valuable experience in the craft.

Currently, when not making custom compositions for films, I regular produce library music (www.apetracks.com) or work on personal music projects.

www.apetracks.com is a royalty-free music library that was created by myself and my friends. We offer cinematic and emotive music for your film project. An unusual perk of this library is that for every track that you license, you will be planting a tree in Borneo, Indonesia to help mitigate the harmful effects of climate change and offset your carbon footprint.